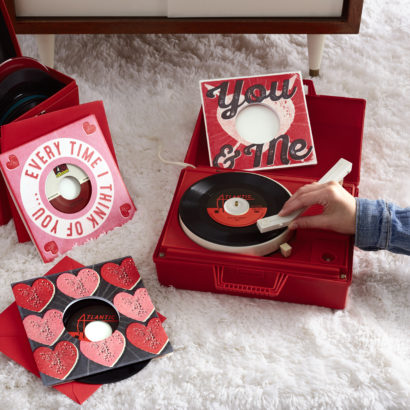 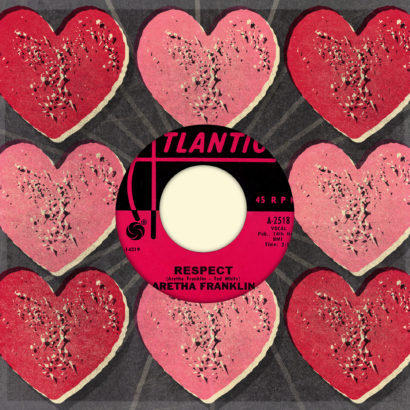 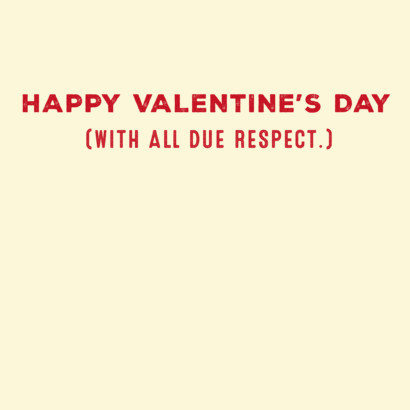 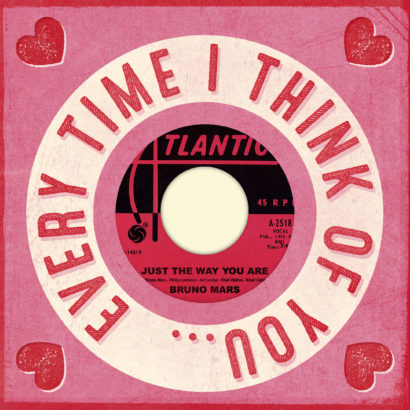 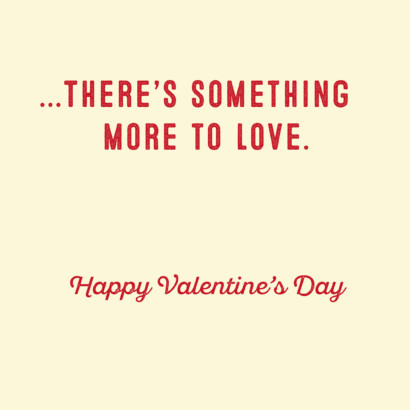 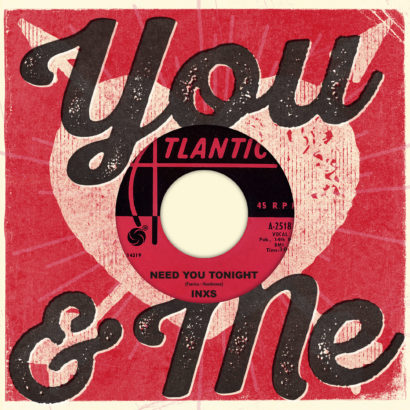 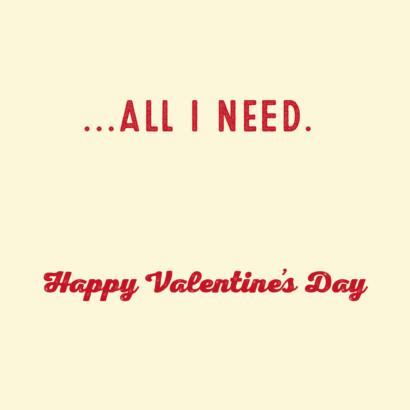 “At Hallmark, we are merging music trends with greeting cards to take card giving and receiving to the next level,” said Tom Brantman, creative director – Hallmark Greetings Innovation. “Sharing and enjoying music with others is an experience that spans all generations and brings people together in a way that other things can’t. Our vinyl record cards do just that: they offer more than a sentiment – they are a gift in themselves.”

First of their kind, each Hallmark Vinyl Record Card comes with a 45 RPM vinyl record featuring two songs from each artist built into a sleeve on card’s cover. Just remove the record, put it on any record player and enjoy the music.

“We are thrilled to be partnering with Hallmark on the launch of such an innovative product,” said Mark Pinkus, President of Rhino Entertainment, who oversees the Atlantic Records catalog. “With the renewed popularity of vinyl, especially among younger generations, we see this as an amazing opportunity to showcase classic songs, along with current hits, to the card buying public.”

Valentine’s Day is the second-largest holiday for giving greeting cards, with an estimated 114 million Valentine’s Day cards exchanged industry-wide. This year, the Hallmark Valentine’s Day card collection features more than 900 designs to recognize all types of relationships including romantic, friendship, familial and more.

Rhino Entertainment is the catalogue development and marketing division of Warner Music Group. Founded in 1978, Rhino continues to set the standard for excellence in the reissue business it pioneered in both the physical and digital worlds with an emphasis on flawless sound quality, bonus tracks, informative liner notes, award-winning creative packaging, and a strong social conscience. Rhino has also expanded the definition of what a catalogue music company is, as evidenced by the label’s name and likeness representation deal with Frank Sinatra, its multi-faceted relationship with the Grateful Dead, and releasing new albums by heritage artists such as Jeff Beck and Cyndi Lauper. The catalogue of more than 5,000 releases includes material by Led Zeppelin, Eagles, David Bowie, Fleetwood Mac, Aretha Franklin, The Doors, Chicago, Ray Charles, Black Sabbath, John Coltrane, Yes, Phil Collins, The Ramones, and The Monkees, among many others.