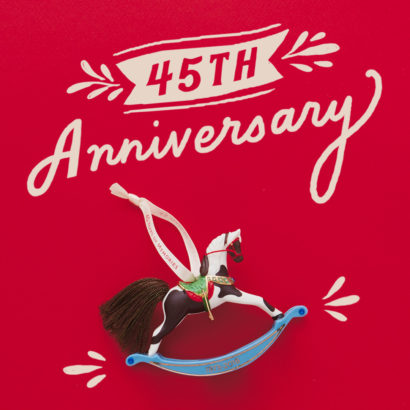 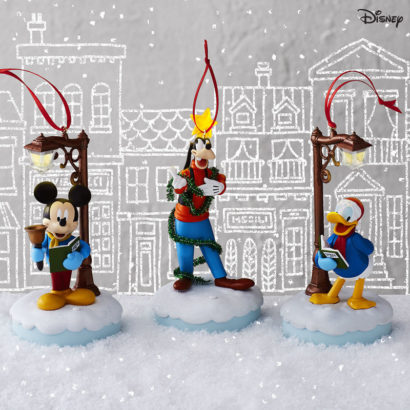 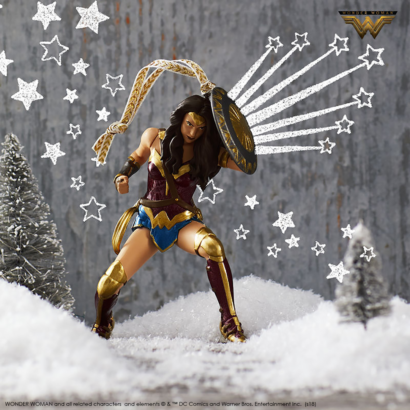 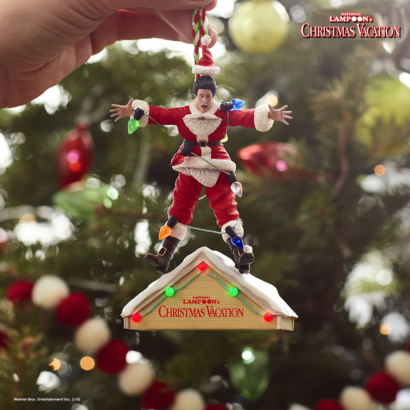 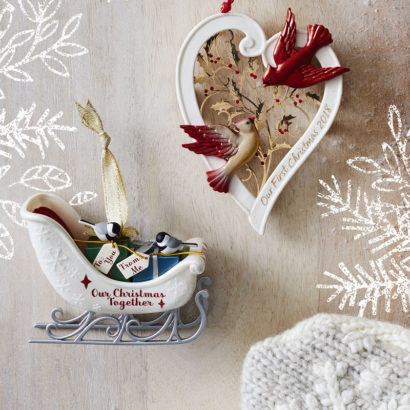 The entire 2018 Hallmark Keepsake Ornament line includes more than 400 ornaments to help people capture memories and turn the Christmas tree into a holiday experience the whole family will enjoy. More than half the new line will be available at Ornament Premiere.

New Keepsake Ornament Storytellers
For 2018, Hallmark is expanding their offering of Keepsake Storytellers Ornaments. This innovative technology allows each ornament to give consumers a fun show on its own, but when other Storytellers ornaments from the set are added, they’ll unlock more interactive performances. With the push of a button on a Storytellers ornament it will send out a signal to determine what other ornaments are nearby. New Storytellers for this year include Christmas Carolers. This collection is sold individually and in a limited edition collectors set. The set features three new ornaments that perform a sound and coordinating light show with motion, each playing a favorite classic carol.

Favorite Characters
Hallmark welcomes a great lineup of favorite properties and characters to the Keepsake Ornaments 2018 line. Fans of Keepsake Ornaments can feel nostalgic with new ornaments featuring their favorite classic toys and games. Gamers can relive popular games such as, Donkey Kong™, The Legends of Zelda™ and Mario Kart™. Iconic Hasbro® toys also join the lineup with My Little Pony™, Glo Worm™, the family board game Chutes and Ladders® and more.

Keepsake Ornaments featuring sports figures like Jerome Bettis of the NFL’s Pittsburgh Steelers and Sidney Crosby of the NHL’s Pittsburgh Penguins® will appear as well.

With Super Heroes, favorite TV and movie characters, and beloved toys – all starring as Keepsake Ornaments – there is something to appeal to every fan.

Significant Anniversaries
This year marks a key milestone for two long-time Keepsake Ornament series as they hit their anniversaries.

Frosty Friends marks its 39th anniversary this year and is Hallmark Keepsake Ornament’s longest-running series. This year’s ornament features Frosty and his penguin pal hanging stockings on their snow covered fireplace made of ice.

Nostalgic Houses and Shops is also celebrating a special anniversary. This year marks the 35th year for the iconic series featuring architectural elements. The 2018 ornament features the “Festive Firs Christmas Tree Farm” with exceptional detail and artistry of a farmhouse decorated for the holidays.

Mischievous Kittens will be celebrating its 20th anniversary as a Hallmark Keepsake Ornament series. This year’s ornament features a feline friend tangled in a box of Christmas lights and decorations. In late November, fans of the series can also purchase a commemorative 20th Anniversary ornament featuring playful kitties wreaking havoc on a Christmas tree.
For more information about Keepsake Ornaments, or to locate a Hallmark Gold Crown store, visit Hallmark.com.

© 2018 Hasbro. All Rights Reserved.
TM & © 2018 Nintendo.
© 2018 NFL Properties LLC
NHL, the NHL Shield, and the word mark and image of the Stanley Cup are registered trademarks of the National Hockey League. NHL and NHL team marks are the property of the NHL and its teams. © NHL 2018. All Rights Reserved.