Josh is a font designer in the lettering department. As a kid, he can remember looking at letter shapes and thinking that each one had a different personality. A lowercase e looked happy with its round shape and implied smile in its lower counter. A capital M on the other hand looked angry with diagonal strokes looking like furrowed eyebrows. It only seems natural that, while studying Graphic Design at the University of Kansas, he experimented with designing his own typefaces, a side project that led to his career at Hallmark.

As a type designer today, Josh still believes typefaces have an ability to convey emotions that can greatly influence the designs they’re used in. His love of letters has only grown and expanded since joining Hallmark ten years ago. He still very much enjoys the challenge of creating new, fresh fonts, each one with its own personality. In addition to creating letters digitally, he also has a passion for hand lettering and calligraphy. 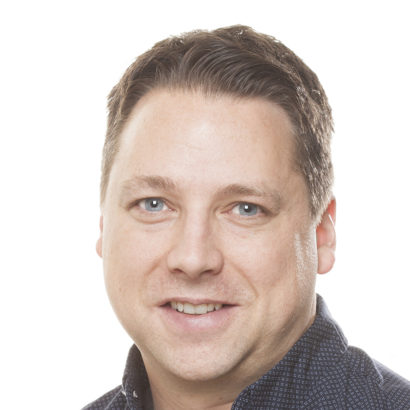