Jake Angell has lived in Kansas City his entire life, surrounded by the likes of G.I. Joe and He-Man as favored playmates in his childhood. It didn’t take long for Jake to pick up drawing as a hobby, teaching himself illustration between lessons. “In school, classwork was self-paced, so I’d finish my work and just draw all day long.”

He studied Graphic Design in college, eventually learning illustration techniques in his own time that strengthened his passion for art. He’s worked for Hallmark for over a decade, but 2013 is his first year designing Keepsake Ornaments. “After working with packaging and game design for Asteroid Andy and various other products, I kept using and teaching 3D programs on the side. Finally, I bugged the Keepsake team long enough for them to say: ok, we’d really like to get Jake up here to try it out!”

Jake has been working for Hallmark for a total of thirteen years, which makes his debut ornament of a skeleton figure particularly spooky. “The little skeleton guy is my own character design, but I’ve also got a few Keepsake Ornaments coming out in 2013 from popular Lucas Films, Marvel and Pixar movies. I’ve got two kids and it’s really amazing to see my little boy discover all these great characters that I grew up loving, too.” 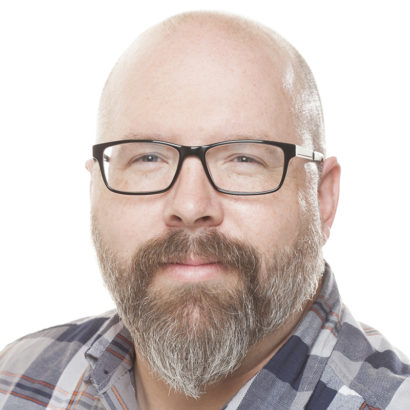